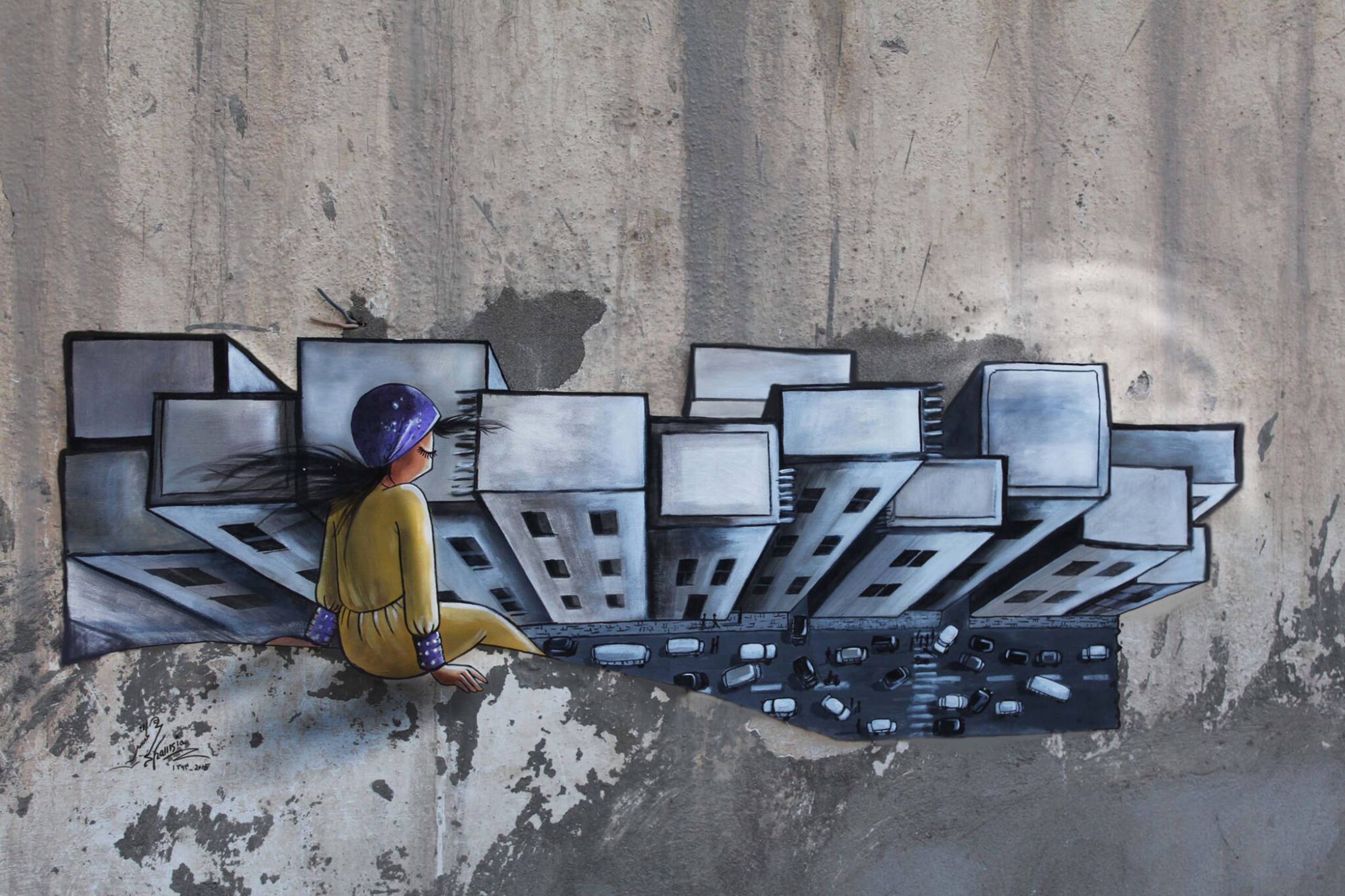 Born in 1988, Shamsia Hassani is the first female graffiti artist of Afghanistan. The fame and importance of her work are given by the courage of portraying Afghan women in a male chauvinist and highly patriarchal society. She studied Traditional Arts at Kabul University, and later became associate professor of sculpture. She founded the contemporary art collective “Rosht” and, thanks to a workshop organized in Kabul, Shamsia learned the art of graffiti.

Shamsia is now an affirmed street artist who dedicate much effort in diffusing graffiti through the streets of Kabul, diffusing a new idea of Afghani woman. They are often painted as colourful, proud and creative figures, frequently accompanied by music instruments.

In the post-war era, Shamsia gave new birth to the ruins and the decadent aspect of several quartiers in Kabul. Her artworks represent a brand-new pulse for the places that have been forsaken and, then, forgotten.

The art of Shamsia overcomes spatial limits. To win the difficulties of doing graffiti in the streets of Kabul, she decided to take pictures of the empty streets or pictures of the Heritage sites destroyed by the Taliban, and to paint graffiti over them. “Whenever I looked at the photos with my works on, I thought that I have done graffiti on the actual location and not on the painting, it was just a dream, my dream to paint on the walls of my city, and that is why I called it Dreaming Graffiti.”

Migration is one of the central topics of Shamsia’s graffiti. In her artworks, she shares the experience of the Afghans who were forced to migrate to other countries to seek peace. She represents the research of a place to call home through the feelings of loneliness and hope.