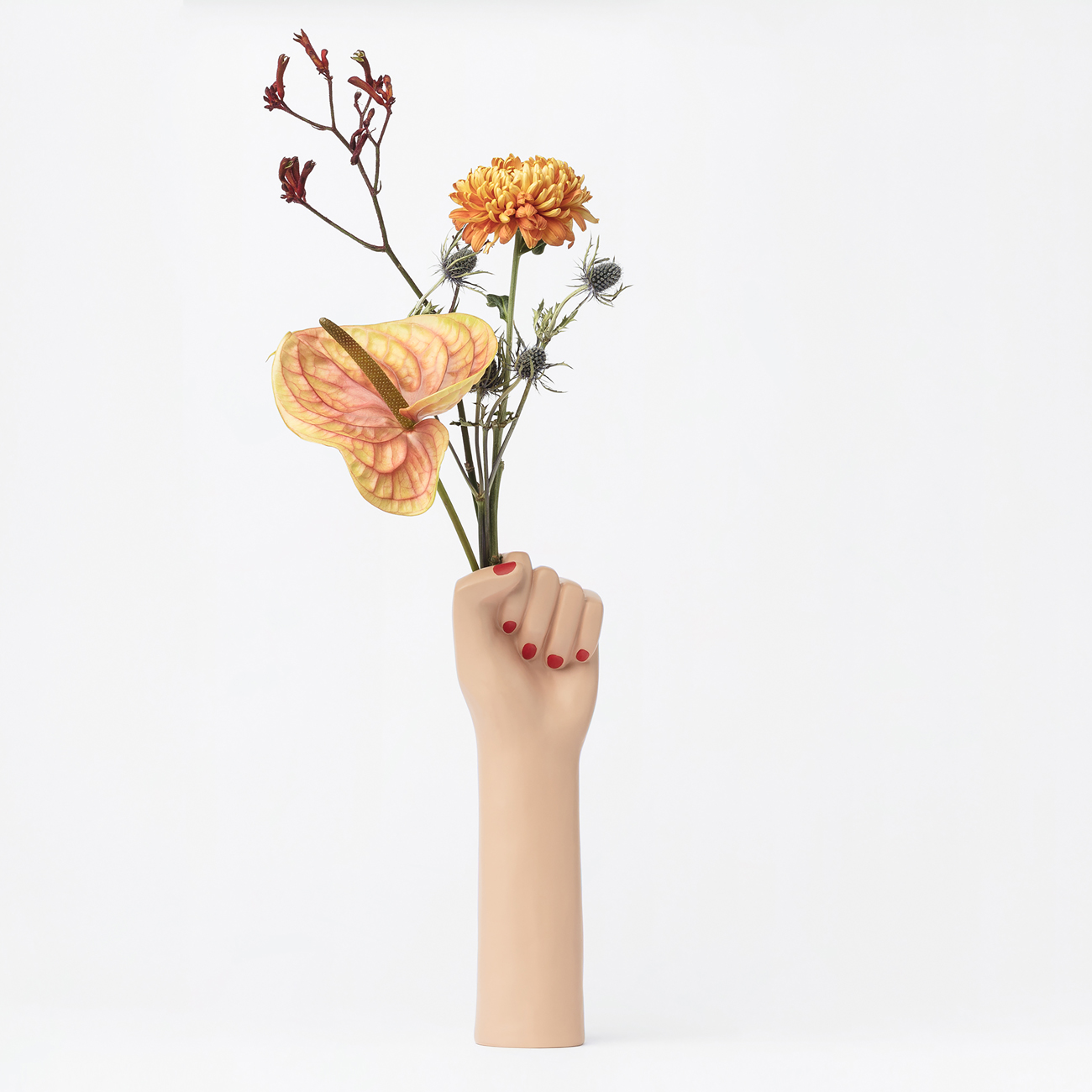 The objects surrounding us always reveal something about us, they tell who we are and what choices we make by just sitting there and witnessing our time. And you know, the time we are currently living in is not the easiest one: it’s a time of changing, a time defined by profound and revolutionary social transformations. Nowadays there are numerous social movements fighting for their rights and for the acknowledgment of human equality, which revolve around the centrality of those who have always been considered as outcasts. Among these people there are women.

In the present days many companies ensure a gender pay equality and a higher number of such companies consider women to be the very core of the business. Among these,  DOIY  builds up on the values of feminism. For this reason, more than the 70% of DOIY’s staff is comprised of women, with same pay as their fellow male colleagues.

In order to celebrate and divulge this big change, DOIY has created a series of decorative vases which are inspired by the March 2017 protests in New York and by the symbol that has always characterized the feminist movements.

These vases send out a loud and clear message: it is important as well as necessary to support women’s rights! But this is not the only merit of DOIY’s collection. The simplicity of DOIY’s vases, in fact, reveals a sofisticated attention for diversity and intersectionality.

The vases are realized in ceramics with an opaque finish and bright-red nails. These objects, with their silent presence, intend to represent all women and the strength of sisterhood. DOIY donates 5% of its sales revenues to the foundation For All Womankind with the purpose to actively support women empowerment.

It is often said that we are those choosing the objects we want to be surrounded with but, sometimes, are objects that pull us towards them, with the silent and magnetic strength of the message they carry out.