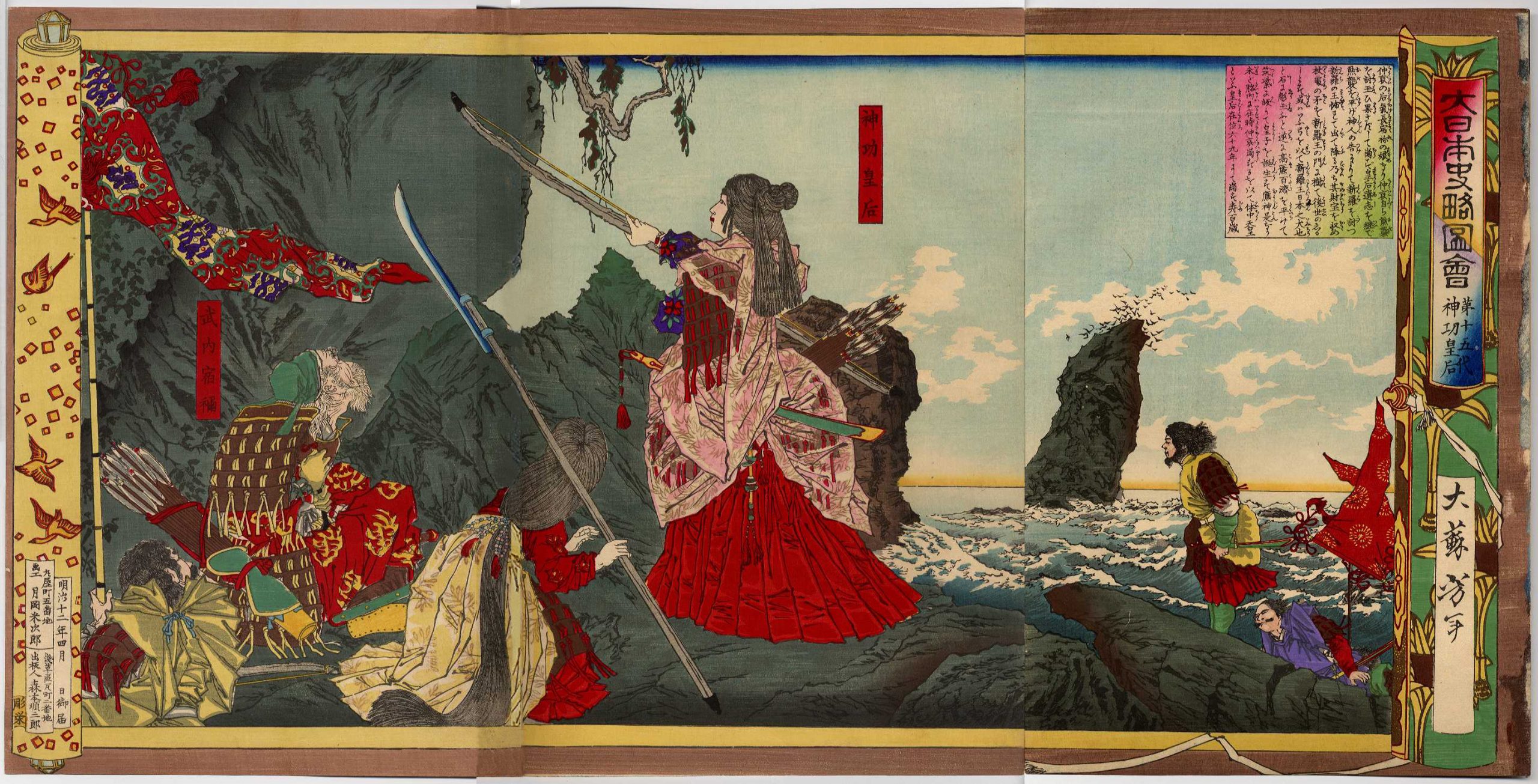 Samurai, commanders and political leaders: men are not the protagonist of the exhibition Warrior women from the Land of the Rising Sun , hosted at MAO Museo d’Arte Orientale in Turin, until March 2020. Curated by the Yoshin Ryu Cultural Association , the exhibition portrayed the courage and determination of the female warriors in Japan.

The history of warrior women is lost in time, between myth and reality, however their names, daily objects, rituals and deeds have reached our days. As the legendary figure of the Empress Jingū (神功皇后, about 169–269), at the head of the Korean invasion in 200. In 1881, she was the first woman to be represented on a Japanese banknote.

Tomoe Gozen (巴 御前, about 1157–1247) is described in the opera Heike monogatari (XIV century) as “a warrior equal to a thousand men”. Gozen was able to archery, ride a horse and master the technique of the katana, the two-handed saber used by samurai. In 1183, she commanded more than a thousand knights, distinguishing herself by her valour.

These names are significant instances of onna-bugeisha, a type of woman warriors of noble origins, who was allowed to fight in battle, beside the samurai. Other women, instead, guarded and defended home and family in the absence of their husbands, involved in war. The most common weapon among samurai women was the naginata, a long rod coming out in a sickle-shaped blade. Other typical weapons among women were the kusarigama, a small sickle tied to a chain, or the tessen, the war fan.

At the beginning of the XVII century, with the advent of the Edo period, the status of women in Japanese society changed radically. During these years, the dominant philosophy of the Neo-Confucianism and the business of marriage, relegated women to the role of wife and mother. The former warrior culture turned into a new code of conduct linked to moral training.

Despite strict social conventions, in 1868, the onna-bugeisha distinguished themselves in one last great feat, during the Battle of Aizu. Leading a unit of 20-30 women against the powerful imperial army, Nakano Takeko (中野 竹子 1847–1868), with naginata, managed to shoot down five opponents, before being hit by a bullet. At the point of death, Takeko asked her sister to behead her, so that her body would not be exposed as a trophy. She was buried in a courtyard of the temple Aizu Bangmachi, under a tree, where now stands a monument in her honour.

For both men and women, preserving their honour was essential. The most practised ritual was suicide. Men proceeded with seppulu, the ritual of evisceration. Women, instead, practised the jigai, which consisted of a single gesture to cut the carotid artery and jugular vein. Before committing jigai, women often tied their knees together, so that their body could be found in a dignified posture after death.

Other kinds of attack and defence, such as creativity and study, have allowed Japanese women to win other types of battles and overcome prejudices and restrictions in literature, art, theatre, science and technology. One name to mention is Murasaki Shikibu (紫式部; about 973–1014/1025), author of the History of Genji, considered the masterpiece of Japanese literature. Ono no Komachi (小野 小町; 825–900) stood out among the best authors of waka (short poems of loving and passionate character) and e Sei Shonagon (清少納言; about 965/967–1010) became famous for the Note del guanciale, collection of anecdotes and poems.

Determined and courageous, women in Japan have struggled to participate in the history of their country. Until now, their stories and achievements are re-emerged thank to the contribution of Pop culture that has made the woman warrior protagonist of movies, comics and sagas such as Princess Mononoke. Sailor Moon and Ranma 1/2, to which the exhibition dedicates a whole section.

The narrative path ends with 40 portraits in homage to women who have fought their personal battles until today, such as Frida Kahlo, Rita Levi Montalcini, Angela Davis, Asia Ramazan Ants and many others, without forgetting the names of our mothers, mates, sisters, friends because courage and determination have no sex, time and place, but it is always a good idea to remind this.